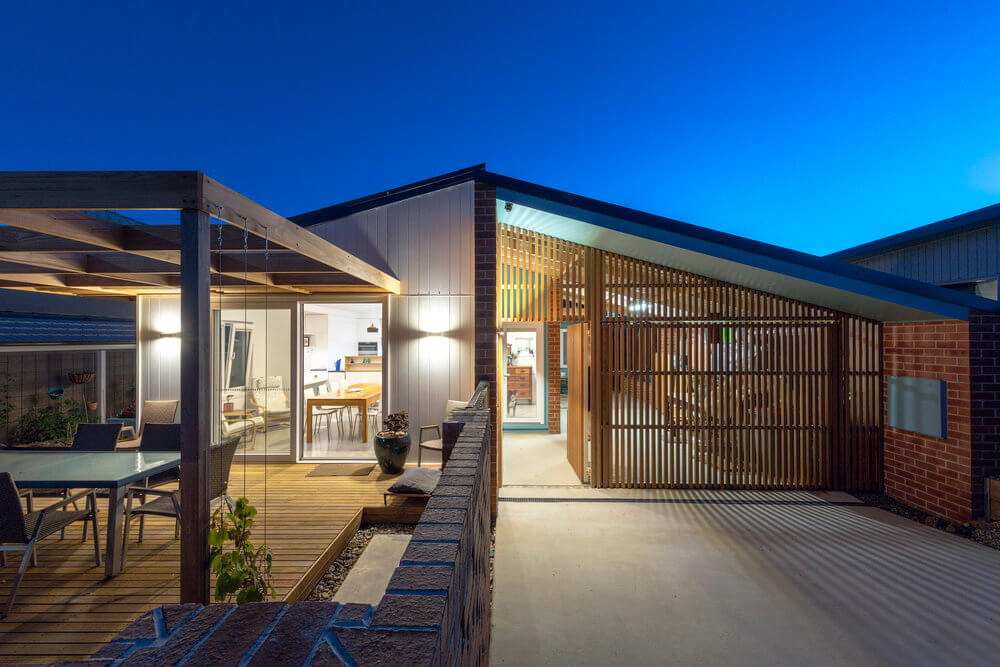 The client was Jenny Edwards, the managing director and scientist at Light House Architecture & Science, along with her partner David, a home-based author, and their two teenage boys. They wanted a new family home with two home-office spaces, and capacity for guests, all within a modest budget and footprint and on a small skinny block with north to the street. They also wanted a home that would be an exemplar of sustainable design and construction in a new suburb that was dominated by project homes. The home was intended to showcase smaller, smarter design to create a highly liveable, light-filled and light-footed home; a home that feels and functions like (or better than) most of the surrounding larger homes. It also demonstrates that good design can overcome ‘poor orientation’.

The clients grew up by the ocean and don’t get away to the coast nearly as often as they would like. They were determined to create a home that felt like a beach-side getaway. They were equally determined to create as much productive garden space as possible and the design needed to leave enough space for multiple types of fruit trees, and several raised vegie beds. With an EER of 8.2 stars and an air leakage rate of just 3.2 air changes per hour at 50 Pacals (5-8 times better than typical Canberra homes) the all-electric home used the same amount of electricity as a typical one-person household in Canberra.