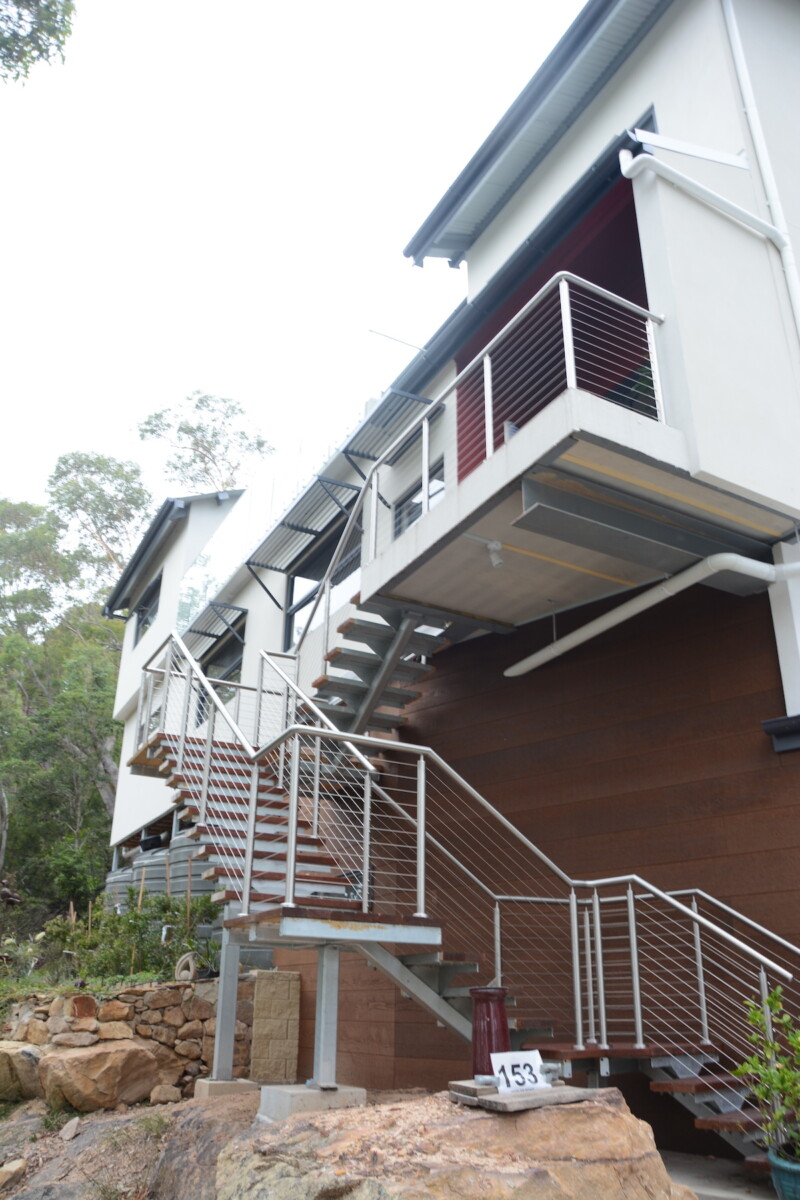 Charles & Christine had spent 20 years living in earth covered house beyond the city fringe, and when the needs of family called them closer in, they knew that a hot and/or cold house would drive them mad, but also that building another earth covered house was very unlikely. Yet they wanted to be as close to a natural site as possible, so a steep site deep in one of Sydney’s bushy southern estuaries was chosen. They approached Dick Clarke of Envirotecture once again to design their home.

The size of the suburban site meant a more conventional structure was the most practical design, but it had to be very thermally comfortable, as well as autonomous for energy – thus very energy efficient as well.

Originally designed for modular construction, a very dodgy builder was engaged who went broke leaving holes in the ground and a debit of $200k – thus Charles was forced to be an owner-builder and complete the house using his own management of subcontractors plus work on the tools.

The original design obtained a minimal NatHERS pass for BASIX (in NSW) of 5.5 stars, allowing for higher performance modular details to be decided later. Following the collapse of the first builder, the construction system reverted to a skeletal steel frame with highly insulated timber framed foam clad and foam backed infill walls floor and roof. The application of spray foam (polyisocyanurate or PIR) to all external walls and roof after lockup, and subfloor after installation of hydronic heating, gave a very airtight build. That combined with the double glazing, means the actual thermal efficiency is approximately 7.5-8.0 stars, but this has not been officially modelled.

Hydronic heating was installed under the timber floor structural sheet, in lieu of thermal mass. This has proven extremely over the years and dispels the myth that it can only be installed in concrete slabs.