The Extension and refurbishment at 10 Francis represented an opportunity to preserve an important, but fast disappearing, example of 1950’s workers cottages which were originally pervasive through most of the suburb of Yarralumla.

Since the early 80’s, the once-consistent, timber-clad character of the suburb has been radically changed by demolition and redevelopment of the old cottages, may of which dated back to the early 20’s and the establishment of the Canberra Brickworks.

The site has been occupied by its present owners for many years and they have built up a beautiful native garden around the house over time. The owners were typical of many people wanting to alter their accommodation to suit changing needs in later life and found the choice between selling and moving to a new house in an outer suburb, or redeveloping their present house on the site which they loved, very perplexing. Ultimately, they chose to alter their existing house in such a way that the connection to the original suburban character was maintained. In doing the redevelopment, they were also able to address some important shortcomings inherent in the original house and several subsequent extensions which had been executed in later years.

The design sought to:

The outcome has largely achieved all of the above aims and satisfied the owners. The basic footprint of the house is virtually unchanged, but the additional facilities which they wanted have all been provided by the small amount of upper level addition and creative re-use of the existing space. They have a much more comfortable relationship with their house and the garden which they have appreciated so much. 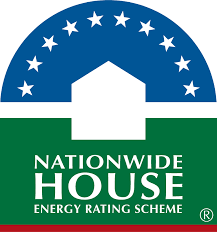 Find out how the star ratings work on the Nationwide House Energy Rating Scheme (NatHERS) website.