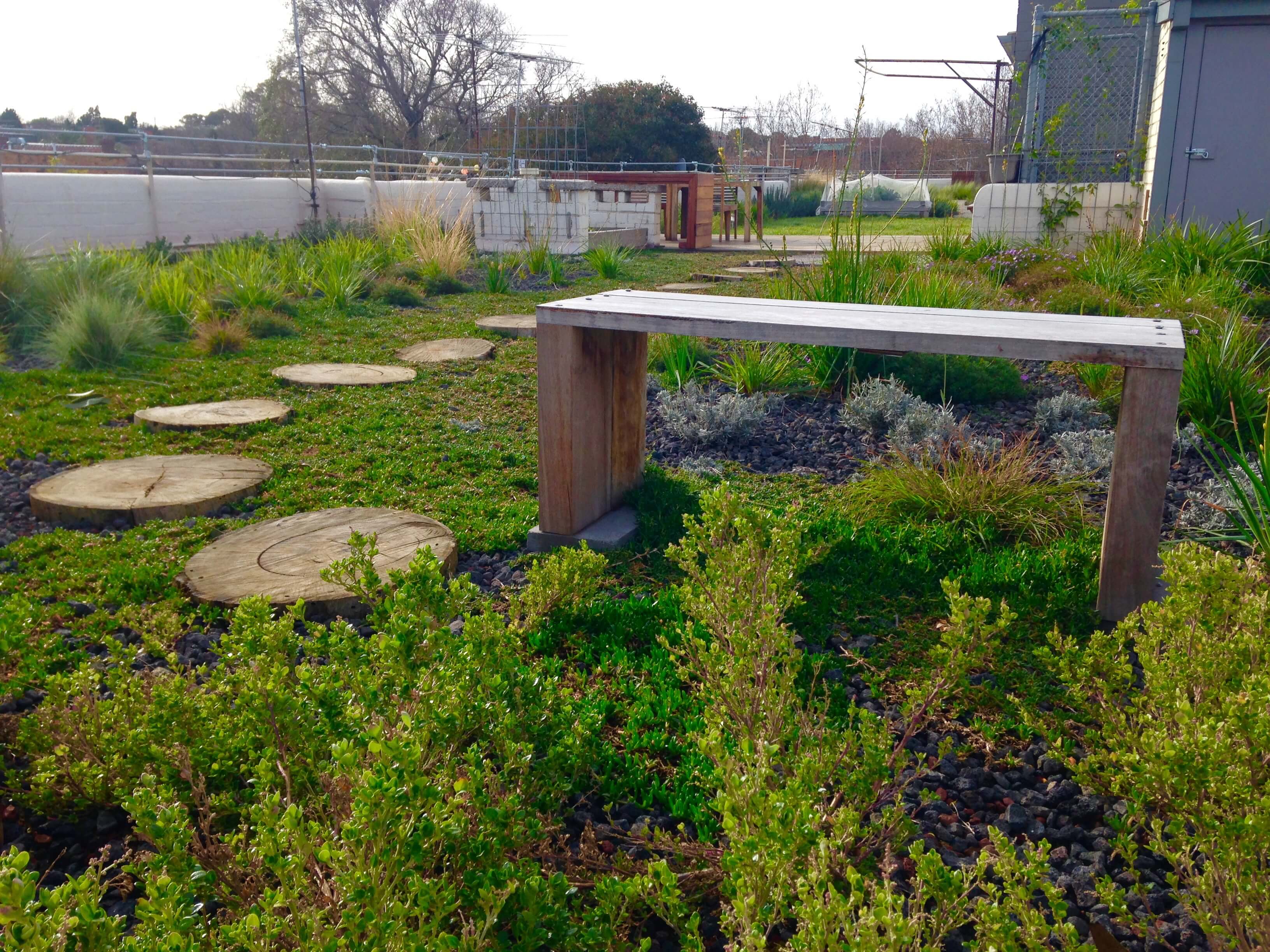 About Green Roof in the City

From the street, the white-painted brick three-storey 1950s block of flats in St. Kilda East looks pretty similar to its neighbours. But head up the back stairs to the roof and a surprise is in store – a verdant surprise, waving gently in the breeze.

Come and visit the 646 square metres of retrofitted green roof, covering three-quarters of the roof space. Surrounded by the existing brickwork parapet, the green roof includes two lawn areas, planter boxes for vegies, washing lines, a network of paths and three decks, but most of the space is given over to native plantings. The only non-natives are rosemary and lavender, to attract bees and assist biodiversity.

Almost a year after installation, the garden is thriving. It absorbs rainwater and reduces stormwater runoff, and provides thermal insulation: It makes an enormous difference to the temperature in the top floor apartments.

On top of its environmental and thermal benefits, the green roof is already proving hugely positive socially. Before, the complex didn’t have a sense of community because there was no communal space. Now it’s a place for relaxing, entertaining friends, and for kids to play; in summer a residents’ outdoor cinema night was held, and there are plans for yoga on the roof.

Benefits include: insulates apartments below reducing energy costs, captures rain water, reduces flash flooding events, increases biodiversity, reduces air temperatures by absorbing heat rather than reflecting it back into the atmosphere and more. In addition to the green roof the complex had tackled a number of sustainability improvements, including installing LED lighting and insulating under the green roof.

What’s next? The residents would like to work out the best way to use the rainwater they collect at ground level to water the garden, and they are talking to the City of Port Phillip about installing solar electricity or maybe hot water. They are also keen to investigate keeping bees.

Tours will be conducted on the half hour and will be limited to 25 for each tour.