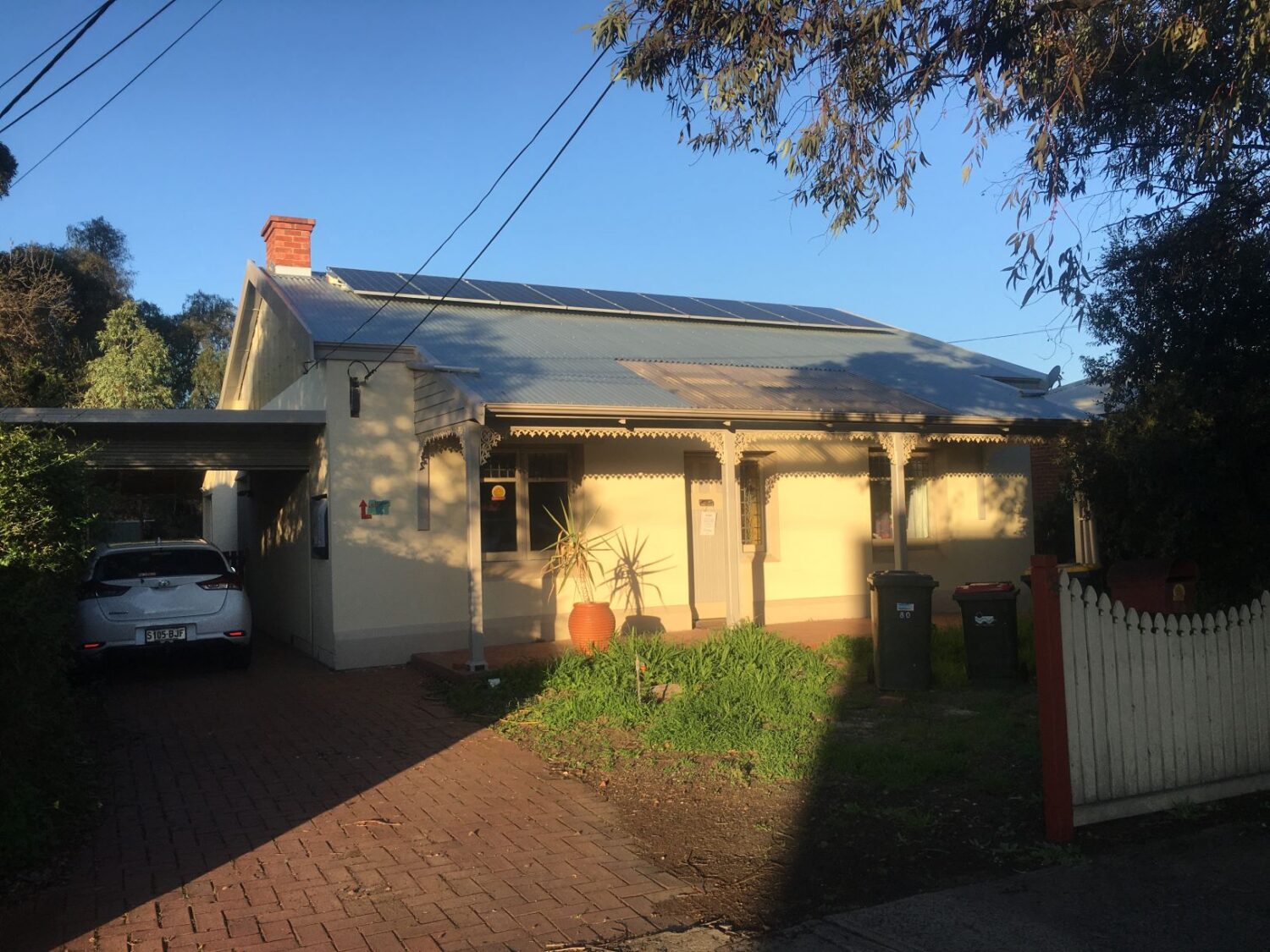 About The Blanchard House

The bulk of houses in 2050 will be houses that exist today. If we are to ensure greenhouse gas emissions from houses in 2050 are minimised, we need to reduce the carbon footprint of existing homes.

I decided I would renovate based on passive house principles but modified slightly to suit Australian products and the fact that at the time I started designing (2015) passive house design didn’t deal with hot climates effectively. A delay of two years occurred when our son and his girlfriend had to move back into the home, but it is finally finished. We have solar power, and this combined with going to an energy efficient all-electric house has reduced energy costs from $4,000 per year for a partially heated house to $1,300 per year for a fully air conditioned house. The house is carbon neutral, but the energy costs are still significant as South Australian energy costs are among the highest in the nation and we are on a very low feed in tariff.

Our existing home had a gas wall furnace in one room and evaporative cooling. In spite of the fact that they were the most efficient approach when installed, that was no longer the case and both items needed replacing. In fact the bulk of our major appliances needed replacing. Furthermore we became empty nesters and the house layout no longer met our needs.

I looked at the cost of replacing the current equipment with conventional equipment, 10 years energy costs, added in the cost of replacing the roof and layout changes, bathroom and kitchen upgrades and we decided that it was feasible to spend more up front and get a low energy use house. I am a former air conditioning engineer and had designed and built an active trombe wall to reduce heating costs and increase comfort.